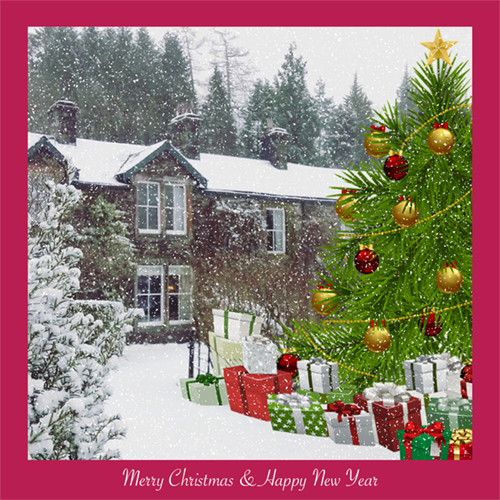 As we come to the end of another year, we felt it high time we shared just what has been going on in here in Howtown and Martindale over the last few months.

Our season started on the 17th May and we opened to glorious weather.  Howtown was no exception to other parts of the British Isles with many tourists staying in the UK for the first time – we hope those that visited Howtown and the Martindale valleys enjoyed their stay and we will see them again.

It was also such a pleasure to see so many familiar faces back at the Hotel and to see guests we remember as children now bringing their own families to stay.

Howtown Hotel was voted one of the Best Hotels in the Lake District by the Sunday Times this year.  - it is so nice to get some recognition for all the hard work that our dedicated team have put in, our staff this year have operated with limited numbers due to the nature of the staffing crisis within the industry we only hope that things will improve.

The lawns were full of visitors enjoying drinks and delights from the tearoom. The borders were blooming,  and Mrs B’s roses came back from the ravages of the deer to be better than ever.  There was an abundance of fruit in the orchard and Colin put it to good use in the kitchen.

The Howtown Tearoom opened in tandem with the Hotel  and Diane’s sausage rolls were once again the star of the show, although her cheese scones came a close second!

On the 19th July, the steamers finally allowed passengers to board the at Howtown Pier, although for some reason passengers were unable to book from the journey from Howtown so it was very much a first come first served basis, dependent on availability.   We look forward to 2022 bringing a full service once again.

The road continued to be busy which led to a 24-hour rural clearway order imposed in August by Cumbria County Council’s highway team. This was reported in the Cumberland and Westmorland Herald as ‘Road moves split opinion’. And indeed, it did.

Whilst Barton and Pooley Bridge Parish Council supported the move, Martindale Parish Council certainly did not, stating “The Parish of Martindale is one of the more beautiful parts of the Lake District National Park, and its long-standing residents have sought to protect its natural beauty and rural tranquillity for the benefit of present and future generations.”

At the Martindale Parish council meeting residents voted overwhelmingly not to proceed with the clearway without further discussion adding that minor congestion was a price most residents had been willing to pay.   Now clearway signs are in place on every available space along the lake shore hopefully just for an 18 month trial period.

Throughout August and into September the sun continued to shine which meant the Autumn colours were beautiful and the lake glistened. Then came the floods.    Storm Arwen brought with it  wind and rain which filled up the rivers and lakes and covered the roads, making many impassable. From the Hotel dining room, the water appeared to be getting closer and closer, but luckily did not reach the front door.

The wet and warm weather brought with it its own bonus with an abundance of toadstools and mushrooms making themselves known throughout the gardens and the fells, the trees were full of berries and the colours magnificent.

Our doors closed for the season on the 7th November and 2 weeks later our hotel staff left to go back to their families for the winter.  Christmas will be spent quietly with family and friends and then once new year begins the time will fly as we look forward to the new season.

Wishing a Very Merry Christmas and Happy New Year to all from all at Howtown and looking forward to seeing you once again when we re-open our doors in March.